When you move out of your dreamworld, you see the reality that awaits you.

This is a story of a young girl who was born with a dream to outshine everyone. Being the youngest daughter of the family, she was highly pampered by her loved ones. As she grew old, her attitude and desire to move out of the closet just exemplified. Her grace and style won her many suitors. But she was nonchalant towards everyone. As she wanted to be seen as someone who is unapproachable and unattainable. Not because of some specific moments in her life but simply because it was instilled in her nature that she is different from other’s. She was ready to move out and was waiting for the next train, when… 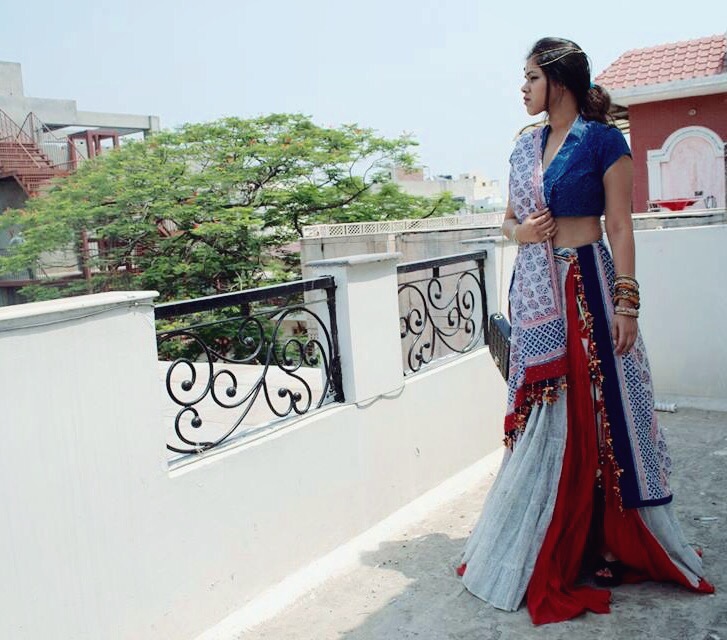 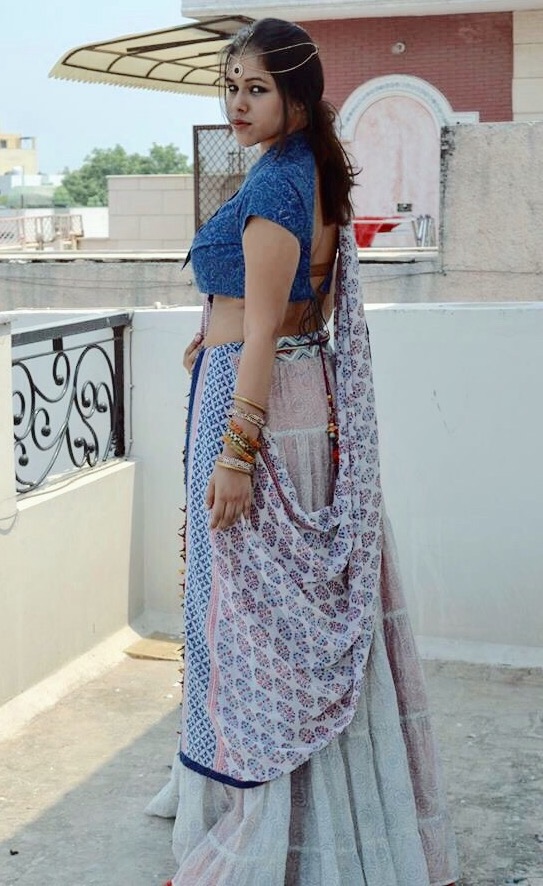 She thought that if she goes, she would never turn back. But on the other hand she believed that it will only lead to her aloofness from her culture and religion. So, she went out to face the reality but took a part of her culture with her. She took the memories, love, compassion and motifs that belonged not just to her but also to her culture. From this act, she gained happiness and freedom. Sometimes, caring for other’s just provides you with an extra flavour of sweetness to your life. So was the story of the fictional character Bubbly Banarsi from my perspective.

I thereby present you a glimpse of collection from the designer Chhaya Mehotra. Who is born in Banaras and tries to score the fabrics from the same state to give her designs an exemplary touch. Her latest collection for SS’15 is named as Bubbly Banarsi and that is the same collection, I have styled for the blog. Chayya primarily deals with contemporary women wear but also have menswear. Her basic idea is to create designs from which people can appreciate the pret quality of the fabrics used by her.

The looks that, I have styled have a touch of Banaras in it. The designing and the patterns of the outfits are unique and yet so simple. You can easily carry the lehanga to your close mate’s function. Be it engagement or mehndi or to any other small functions in your family. The kurta is perfect for these summers. The colours and the lightness of the fabric just makes it more wearable. It is a proper daytime outfit that can be adorned in any kind of day functions. 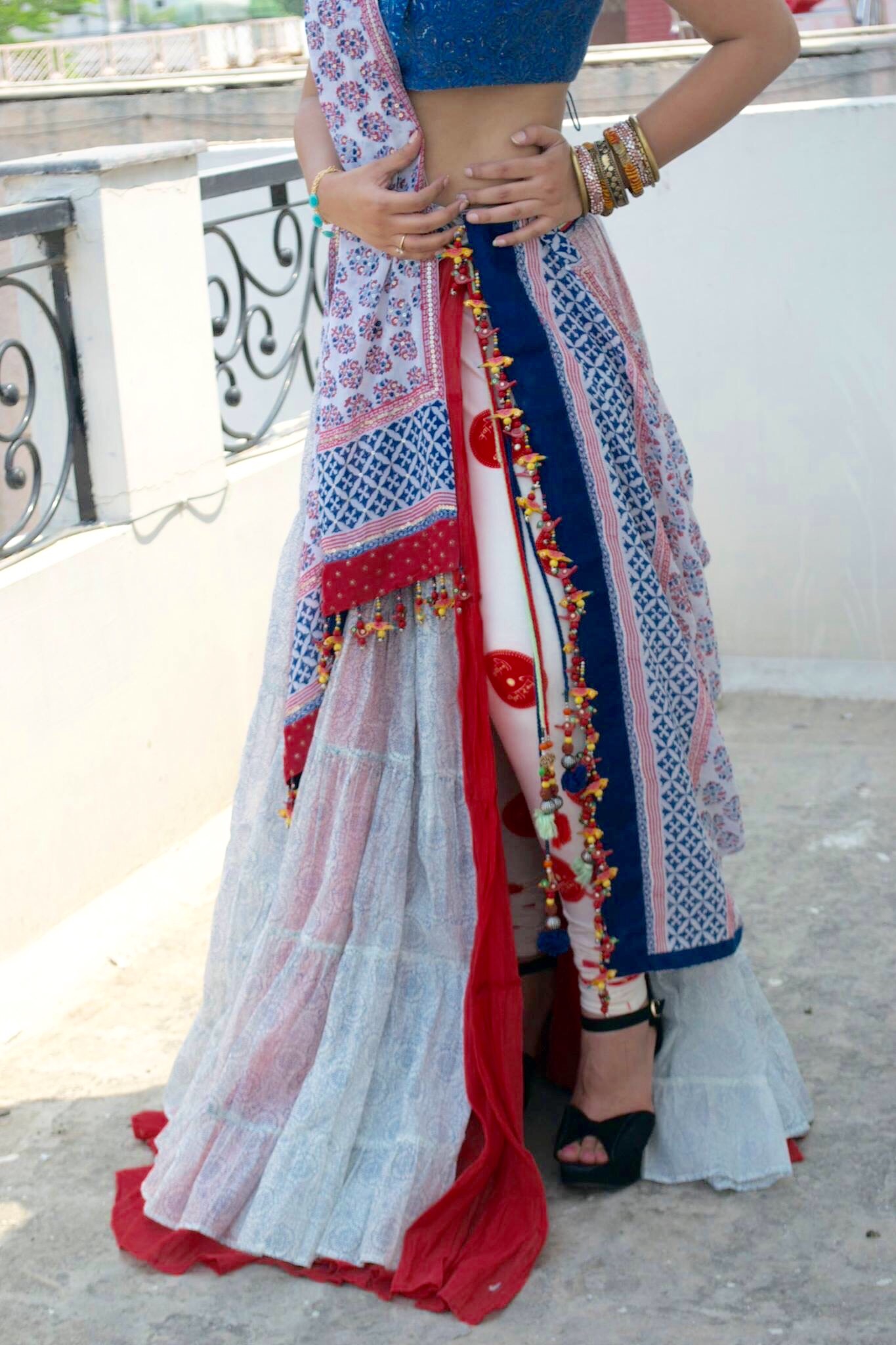 Her collection is such that you can surely not miss out the details and motifs she uses in her clothing. A tribute to Indian Fashion. Like for these outfits, she has used parrots as the motif and has definitely used it efficiently. 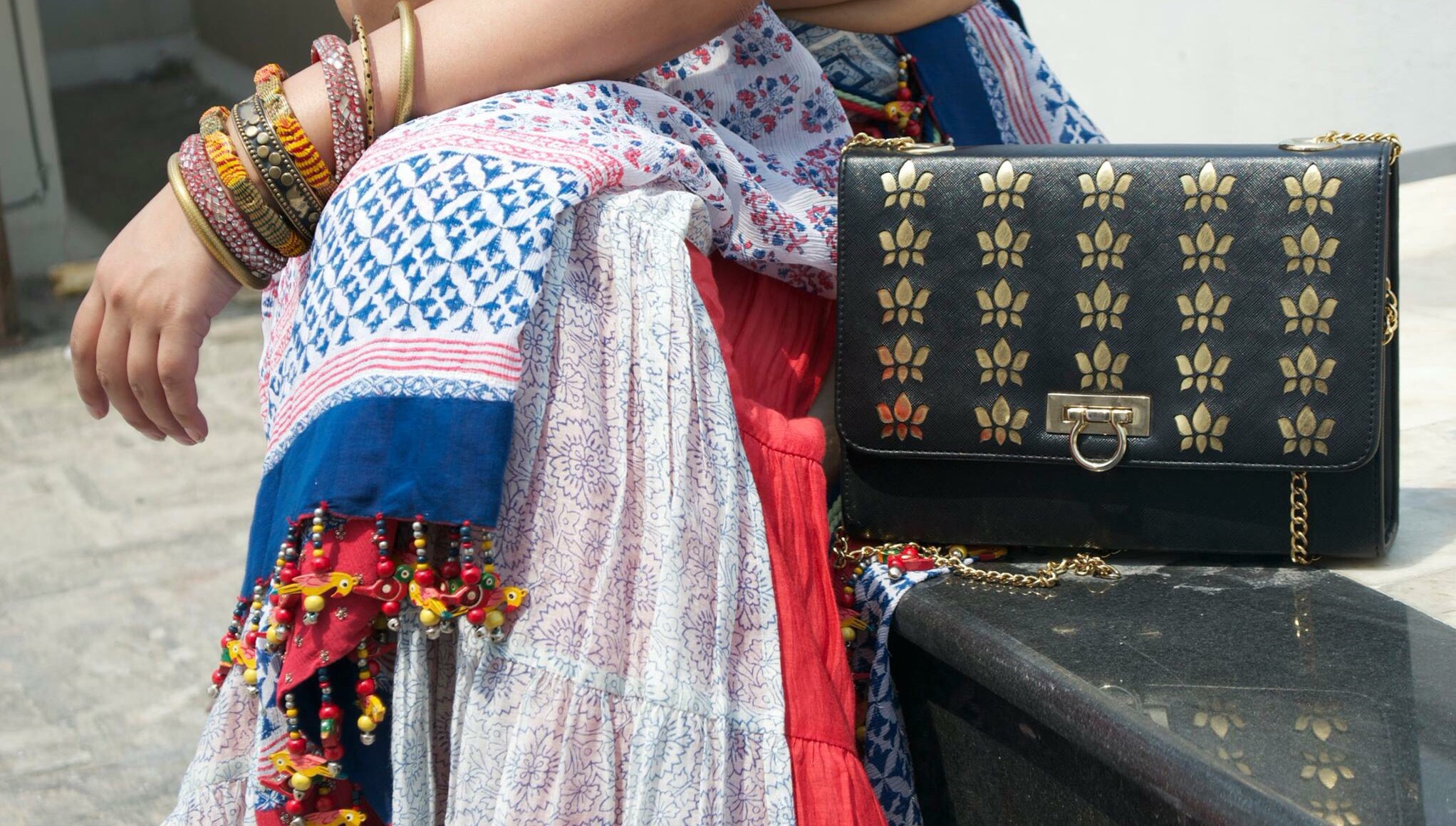 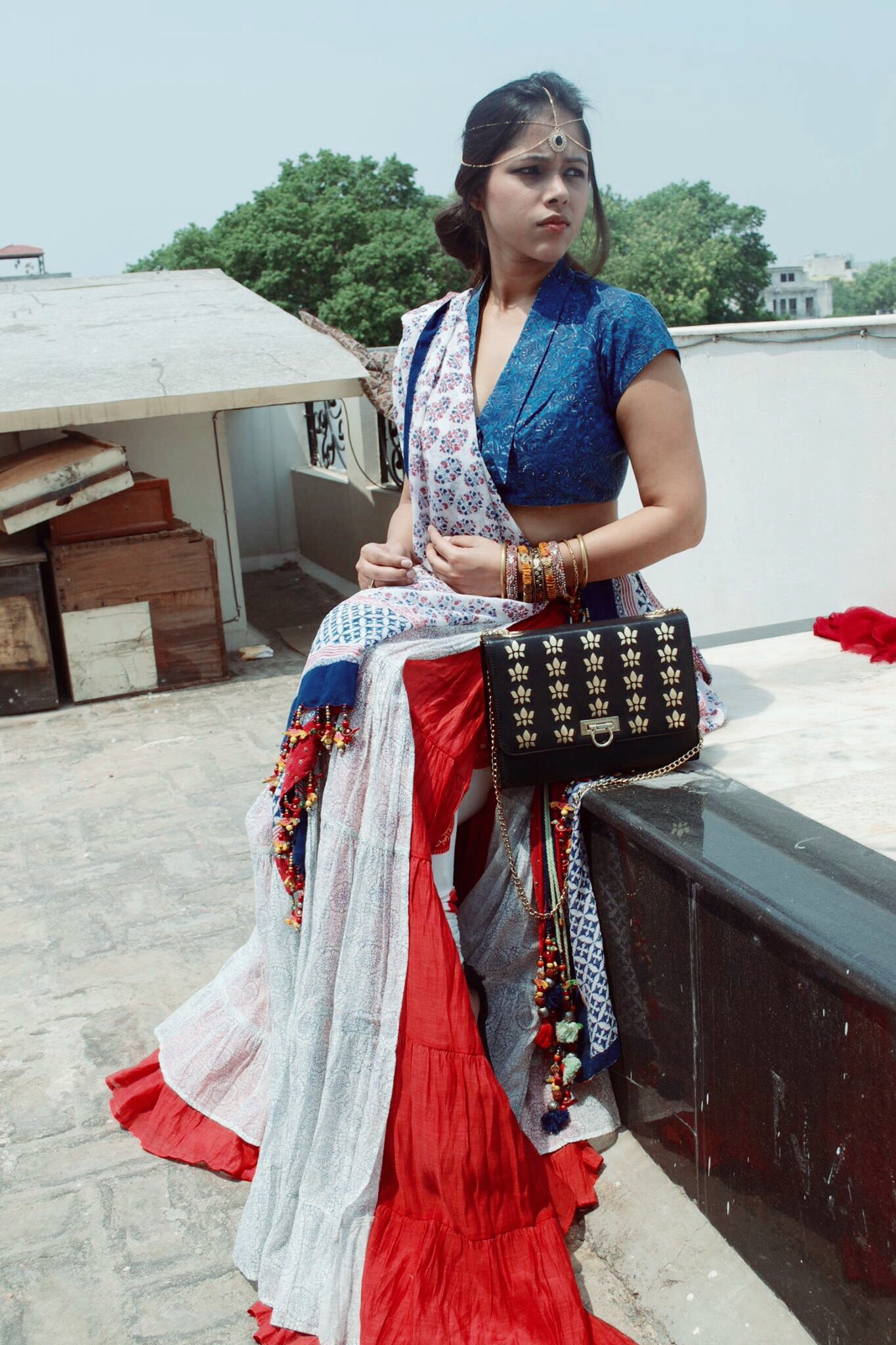 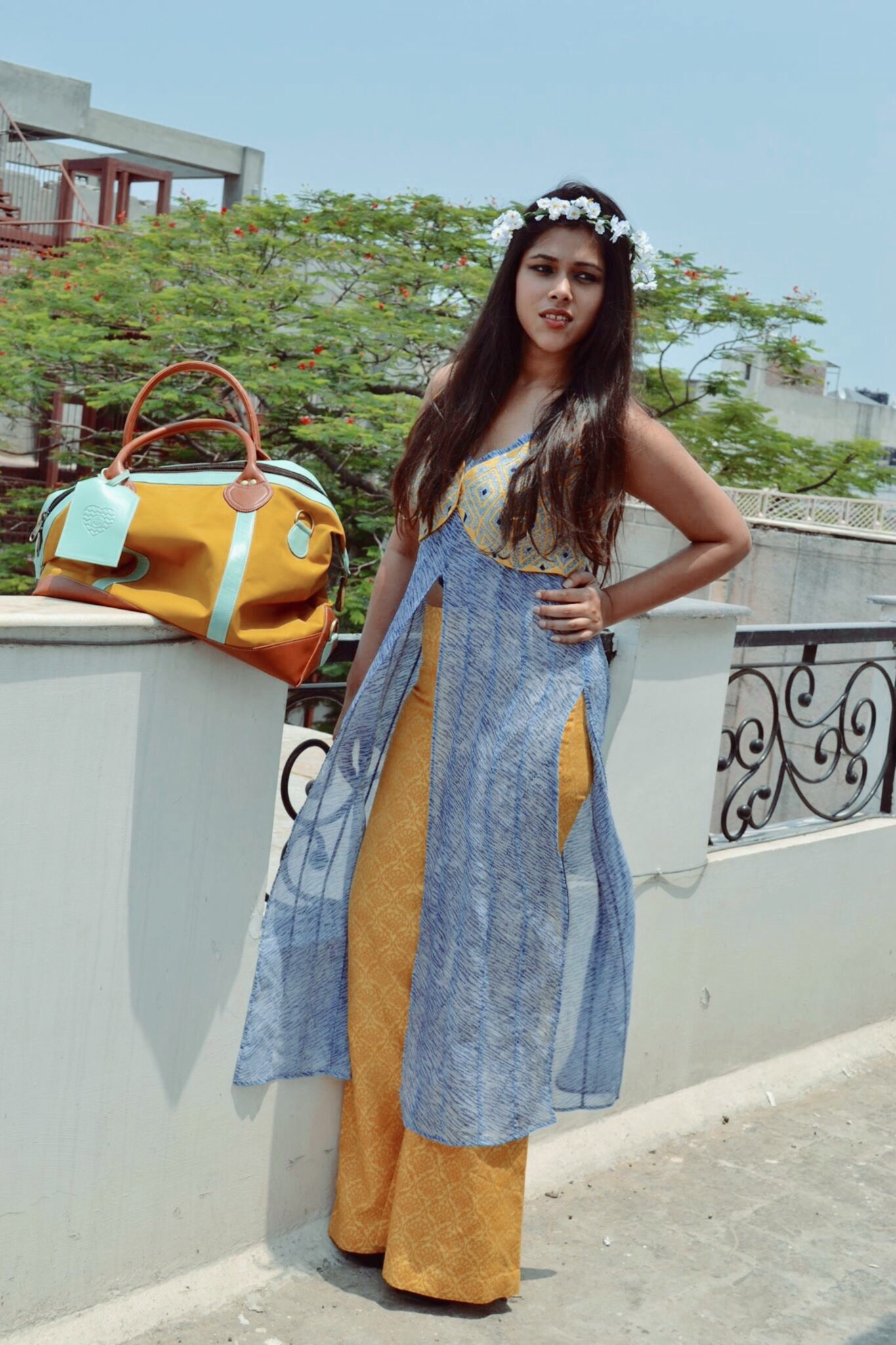 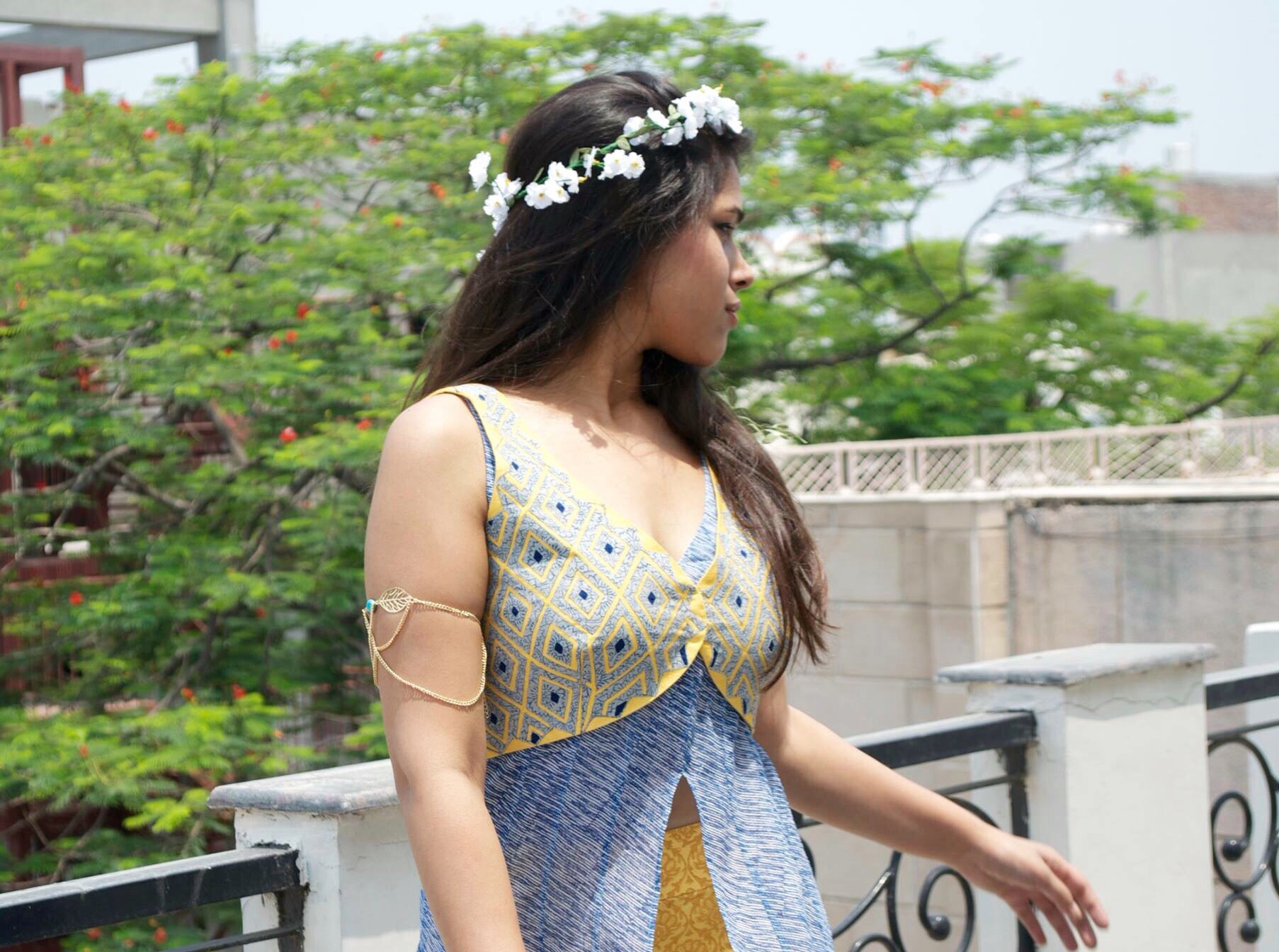 I have styled the outfits with the gorgeous Wink Bags by Purvi and Kejal and the head gear and other junk jewellery are from Krafftwork by Kavisha Doshi.

Please send us a mail, If you would like to see your brand up here! Email at aanchal.goel01@gmail.com or fill the Contact form below. :)

Copyrights : My Multifaceted Diary
Scroll till you drop. But if you want to see more then tap on the respected category  block.